“In the afternoon small groups were seen entering buildings and marking doors of Palestinian families with a red marker.” 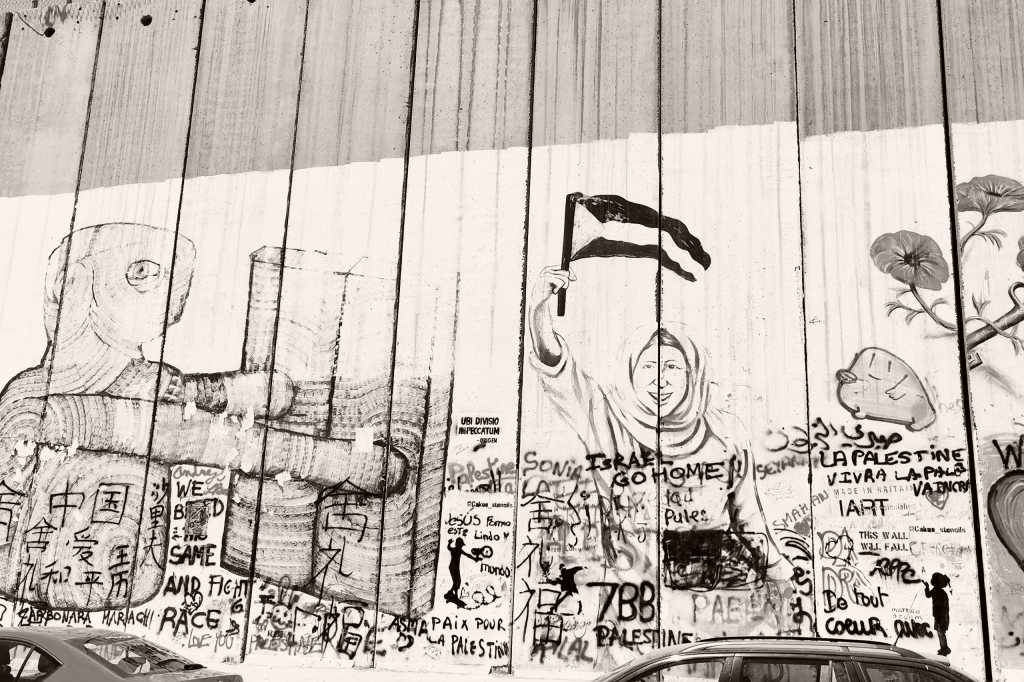 Haifa based writer khulud khamis describes what the last two weeks have been like for the Palestinians of her city, her fears of returning to the status quo, and hope in the next generation.

I have been trying to write this article for three days now, wondering where to begin from. Do I begin from the forced eviction of Palestinians from Sheikh Jarrah? From the incidents in Al Aqsa mosque? Do I go further back a month, or a year? Maybe I should go 73 years back, or more? I am neither a historian nor a journalist. It is not my task to give you a historical overview. I am a writer living in Haifa, and I would like to share with you what we, the Palestinians of Haifa, have witnessed in our beloved city these past couple of weeks. This is a small story, but a story from people on the ground. It is just a small piece of the whole image, but these pieces add up to make up a whole.

On Friday, 14 May 2021, I woke up to the news that thirty-eight Palestinian youth were arrested during the night in Haifa. Some of them were minors, interrogated without parental accompaniment, while others suffered from injuries and were denied medical care. Lawyers from Adalah – The Legal Center for Arab Minority Rights in Israel, had been waiting all night to meet with the detainees, but were denied to provide them any legal consultation.

The preceding days were almost surreal in Haifa. I have never witnessed anything like this happening in my beloved city. For two nights in a row, some 200 Jewish settler extremists, calling themselves “The Citizens’ Army,” stormed Haifa Palestinian neighborhoods. They are armed with bats and other weapons, many of them with military training backgrounds, and are highly organized. In the afternoon, small groups were seen entering buildings and marking doors of Palestinian families with a red marker. They vandalized dozens of cars, attacked Palestinians in the streets, and attempted to break into the homes of Palestinians. Similar attacks were carried out in other mixed cities, such as Lydd, Akka, Yaffa, and Jerusalem.

Following these two nights, and with the knowledge that we are not protected in our homes, cities, and towns, Palestinian neighborhood and community representatives in Haifa met to discuss protection tactics, as we realized that the police not only enabled these attacks, but actively backed them. Instead of providing protection from these settlers, the police attacked the Palestinians whose only crime was defending their homes. In Yaffa, Akka, Haifa, Lydd, and other places, Palestinian citizens started forming self-protection committees composed of citizen protection patrol groups, lawyers, physicians and nurses, psychologists, and trauma counselors.

Parallel to this, our Jewish-Israeli allies also began organizing, in partnership with the Palestinian citizens. My friends in Haifa took it upon themselves to talk to the Mayor of Haifa and push her to provide protection to Haifa’s Palestinian citizens. When told she had no power over the police, they headed to the police station. There, they were told the police can do nothing to deter the settlers’ attacks. Determined, they patrolled our neighbourhoods in the evenings, and joined peaceful protests of Palestinians, with the main task of showing a presence and protecting us. Old women, armed with posters with the word تضامن (solidarity in Arabic), stood face to face with police forces armed to the teeth. The police tried to block their way to the demonstration, but these women were determined.

In the days following 13 May, hundreds of Palestinians were arrested. In Haifa, Rashad Omari, the editor of the free local newspaper Al-Madina, was arrested from his home in the middle of the night by the Israel Security Agency. In the video documenting his arrest, several of the security forces are seen with masks. The next day, he was to be released on the condition of leaving Haifa for fifteen days. He refused and was later released under no conditions or restrictions.

On the morning of 16 May, a young man called a lawyer from Adalah to ask her how many people were outside the courthouse in Haifa, waiting for hearings or the release of the detainees arrested the previous night, as he wanted to bring them water and manakeesh (bread with za’atar sprinkled on it). Half an hour later, he was arrested from his home.

In Akka, a mixed city north of Haifa, a friend’s brother, a 38 year-old father of three children, was also arrested. My friend writes that all her brother’s life revolves around his work and home. The following day, he was also released on the condition of staying away from Akka for fifteen days, without seeing a judge. When his lawyer demanded to see the restraining order, the police refused. A day later, he was summoned to appear in court, and was released with a one-day house arrest. His lawyer never saw the original restraining order, despite her repeated requests.

These are only a few examples of the arrests carried out as part of the systemic political persecution of Palestinian citizens; they are meant to deter and scare us, and are a widely practiced repression tactic used by Israeli security forces for years. They are meant to break us and deter us from demanding freedom and life with dignity.

On 18 May, Palestinians organized a strike. It was organized in less than two days, and had no political leadership. Leading artists, writers, actors, and local activists took to social media and the streets and called for the strike, referring to it as a historical opportunity for us to lead genuine change. On the day of the strike, various activities were held in neighbourhoods all over: singing, story time for children, tours, discussions, art workshops, and more. There was a sense of unity, of togetherness, of belonging, and solidarity. Because, as Rafeef Ziadah, the Palestinian-Canadian poet says, We Teach Life, Sir.

It is Friday, 21 May today, and we woke up to a ceasefire. It has been a relatively quiet morning here in Haifa. I am sitting in my garden as I type these words and look at the neglected flower bed. I need to weed my garden. I only glanced at the news this morning, but I don’t need to read them to know what they’re publishing. Israeli news are reporting a slow return to the status quo. I am relieved that at least the horrific attack on Gaza has stopped – for now. But I am scared. I am scared that we will again return to the status quo, the “normal” that is our daily reality: more systemic discrimination and racist laws against Palestinian citizens, the continuing killing of Palestinians in Gaza and the Occupied West Bank, the blockade of Gaza that has not been lifted for 14 years. Within the larger Israeli society, we are seeing a dangerous radicalization, an increased dehumanization and hatred towards Palestinians, and a normalization of the ongoing apartheid regime. We don’t want this “normal.” This is a dangerous “normal.” 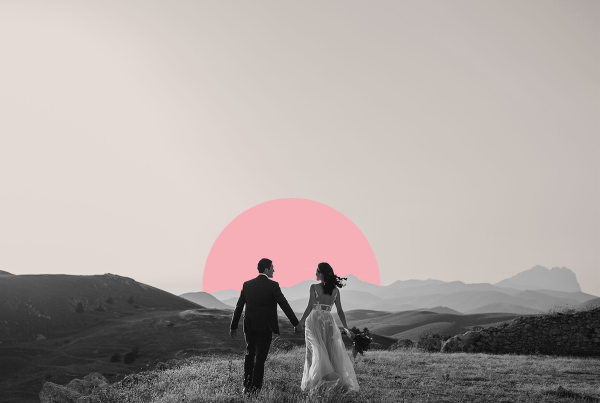 Whose wedding is it anyway?! 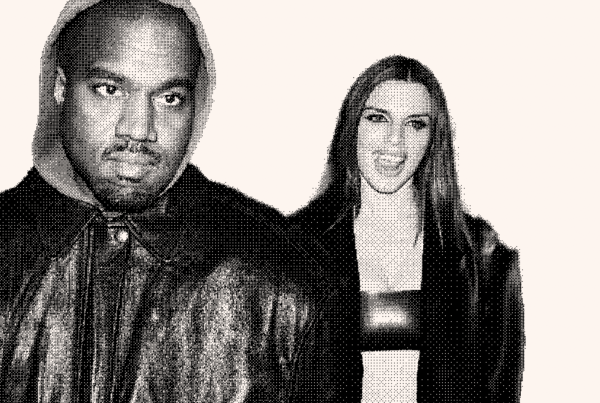 Couples who get dressed together stay together… Or do they? 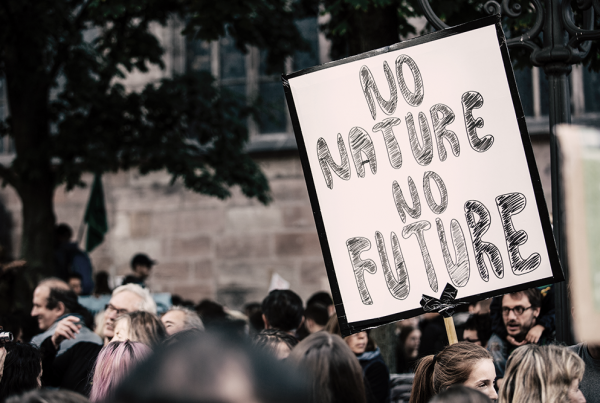 What was actually achieved at COP26 in Glasgow?