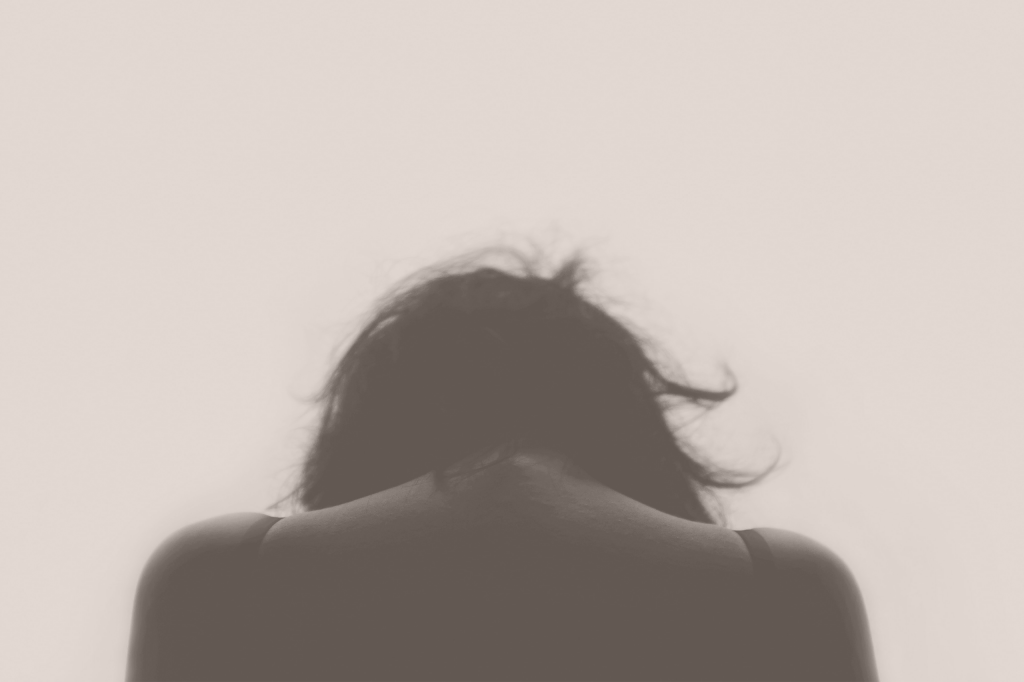 In the wake of the McGinley family’s tragedy, Sophie White writes about mental illness, stigma, motherhood and the real social change needed.

All week I avoided coverage because I have what she had.

I have an encyclopaedic knowledge of what mothers have done to their children. I have this because for years I have needed to amass a body of evidence that I don’t have what they had. Because for me to sleep at night and get up and make breakfast and drink my coffee, I must other these women. I must make them different to me. For my children’s safety, for my safety they must be another species.

I don’t have what they had. I repeat this like an incantation so the thoughts that lie low don’t rise and take hold.

But I have what she had.

This week, I scrolled mindlessly on Instagram and when, unexpectedly, an image of her and her children appeared under my thumb, I recoiled. Fear sliced through me. I put the phone away. And I stayed away then for another few days.

I am loath to write about this. I worry that writing about her tragedy in the first person veers towards centering myself. The poor souls at the epicentre of this disaster have a lifetime of grief and processing from here to the end. But we, the witnesses, mothers in particular, and mentally ill mothers most of all, must also process. So I have decided to write about it like this because we have what she had.

“I thought if I didn’t do everything right, they would suffer.”

There was no reason. No reason. Consider the other meaning.

Maybe these sound like strange and trivial reasons. She had no reason. No reason.

The altered state of mental illness is hard to comprehend without firsthand experience of it. But when the thoughts take hold, the triggers can, to others, be baffling. To us they are scalding, terrifying, life-threatening, fatal.

We have a sick society. This annihilation of a family didn’t happen in a vacuum.

There was no reason.

Will I give some reasons?

We’ll wring our hands about the mental health crisis.

Call it a fucking mental illness crisis. Please. I don’t have mental health, that is the whole goddamn point. I am tired of euphemisms, side-stepping and shirking and awareness. Action. Please.

Also depression and anxiety get a lot of space in the cultural conversation because often people with these illnesses can advocate for themselves to a degree. And that is right and good. However, other illnesses are so often side-lined in the awareness campaigns. I have sat in hospitals with people who are unable to hold a conversation, much less speak about their experiences and they are so erased from this conversation.

But when the lip service is paid, back to business. Back to development and construction. Hotels please. Fleeting compassion then back to capitalism.

Maternity benefit is taxed in this country for people who self declare. It made better financial sense for me to keep working through my so-called maternity leave than to claim the benefit.

More specifics? Five months after my last baby, I was hospitalised. Dark thoughts.

In this country, for the first years of your children’s life childcare costs are a second mortgage (if you are lucky enough to have one) per child. We work to give them a good life and at the exact same time live in fear that this very work will ruin them, will damage them. Dark thoughts.

Eventually, I gave in and read the coverage. I didn’t realise but separately my husband did too. He needs the intel because I have what she had.

I winced at headlines that seemed to hint at the reasons of a woman without reason. Even though a court ruled that “she did not know what she was doing was wrong, and that she was unable to refrain from committing the act.”

The headlines seemed to imply otherwise.

“Doctors wanted Deirdre Morley to be admitted to psychiatric hospital two months before tragedy but she refused.”

It seemed to imply that this refusal was a willful act rather than a manifestation of her illness. Moreover, I see this denial of illness as not only a symptom in itself but also as perhaps an attempt to ward off the shame of being a mentally ill mother.

Every time I have been honest about the full extent of my mental illness, my abiding terror is that my disclosure will doom my family. That my confessing to the dark terrors will result in my children being taken away. Children are taken away for good reason and I do not remotely object to this. I am grateful to this but still it is every mother’s worst nightmare. Nearly.

So I write about this for anyone who has what I have. I don’t want to be a blueprint for anyone’s mental illness. I don’t talk much about my diagnosis because I believe that while diagnoses are a useful psychiatric tool, they cannot encompass the infinite aspects of the individuals who carry them. They are a categorisation but they are not you.

I write about this because I want to report back on the periods of recovery and I want to describe the reality of the relapses and the setbacks. To haul out these specifics so that the words – mental illness, psychosis, bipolar, schizophrenia, borderline personality, hospitalisation, medication – are no longer such nebulous frightening things but things we can experience and very often recover from with the right help.

Here are some more specifics.

Medicine prescribed by me: alcohol, self-harm, restricting of food.

At times, I write about my illness because I want to be an example of a person grappling with shame over my mental illness and the positive consequences of the times I have been able to be honest about it. I want to report back on both the ways our systems fail and the times the system has worked, and has saved me.

In my first pregnancy, I replied “no” to the question about a history of mental illness. I was too afraid to be honest. I was so afraid of becoming someone’s mother, especially a mentally ill one.

For the first year of my first baby’s life, because of the shame I told no one about the distorted thoughts, guilt and terror. I think, I am lucky to be still be alive. Anyone who’s been in the hole knows this is no histrionic overstatement. The shame and the stigma of being mentally ill kept me quiet. It’s a stigma intensified by being a mentally ill mother. In this country, I sometimes detect a whisper of disapproval about such women, that having children when you have a mental illness is a selfish, irresponsible act. Incidentally, it’s the same country that legalised contraception in 1980, legalised emergency contraception in the early 2000s and legalised abortion in 2018.

In my second pregnancy, I said yes to this question and was immediately connected in with the mental health services of the maternity hospital and received free care in pregnancy and the offer of care after. Amazing.

When I was hospitalised in 2020, my husband was interviewed by the social worker assigned to my team. She was building a picture of our life beyond one mediated by me and therefore possibly skewed by my mental state. He was also advised on signs of mania and psychosis as I can’t always detect the treacherous upswings and compromised perception of my reality. This clearly doesn’t happen enough, a fact which Andrew McGinley and Una Butler – who have lost everything as a result of this systemic lapse – are courageously campaigning to change.

At every point, my privilege as a white, middle class, employed, educated woman has influenced my psychiatric care. I have been able to speak publicly about being a mentally ill and alcoholic mother with slightly less fear than a woman with similar problems who doesn’t have my profound advantages.

In 2020, my health insurance covered my hospital stay. I was able to ring the hospital where I was an out-patient in extreme distress and be given a bed the following morning. In the same year, my friend was treated for her mental illness in the public service and the difference was distressing. All mental illness carries a mortality rate. My friend’s illness has the highest rate of mortality than any other mental illness. In the public system, a system fighting valiantly to provide care in the face of underfunding, her treatment was hindered and stalled at so many junctures.

This year’s budgetary allocation for mental health (€50 million) is just 1% of the overall health budget for 2021 – and was deemed “totally inadequate” by the Psychiatric Nurses Association. Incredibly, as a country, we were spending more on healthcare as a whole in the 1980s, than we are now.

So back to I have what she had. I too have no history of violence except against myself. But I have had the dark terrors. I have, when alone in the house with my children, locked myself away to protect them from my mental illness. Even something as simple as it being a Sunday could be fatal. Where do you go when you are afraid of yourself? There’s no escape. What do you do? I considered presenting myself to Accident and Emergency and saying what? I am scared that I am a danger to myself and others. It is an admission that might change the course of your life. But what are the consequences of not saying it? Now we all know.

The Taoiseach said this is a shocking, shocking event. But don’t be so shocked, Micheál. In 2018, research by Mental Health Ireland found that women have a lower well-being score than men, as do people who are full-time homemakers aka women – let’s be honest. Look at how mothers were treated in the pandemic, in pregnancy, in birth and beyond. It speaks volumes about the cultural attitude towards mothers. One friend was told to lower her expectations by a public health nurse when she confided that she was not coping. A gp told another friend to get a counsellor. How and where was left up to the mother, an ill person already struggling. Get help, they say. Get on with it, they mean. Conservative estimates suggest 1 in 10 women will suffer from postnatal depression.

I suspect the mothers of Ireland are not so shocked. Quietly in our homes surrounded by the babies we love who depend on us for everything, we have what she had: the lack of governmental support, the pressure to cope, the fear, to appear fine, to so badly want to be fine.

At the end of nearly every article about her, the publication included links to charity services should the reader need. Charity services. You don’t need me to say it. While the government provides some funding for our charities, these services are not the answer. It’s stating the obvious but we need an overhaul of the mental health services. We need to stop people slipping through the cracks because it is dangerous.

And now Conor, Darragh and Carla, Andrew and Deirdre and everyone who loved and love them need answers. And we need to stand with them and demand those answers too. And action. No more flaccid awareness. Action please.

Visit www.whoismytd.com to find contact details for your local TD. 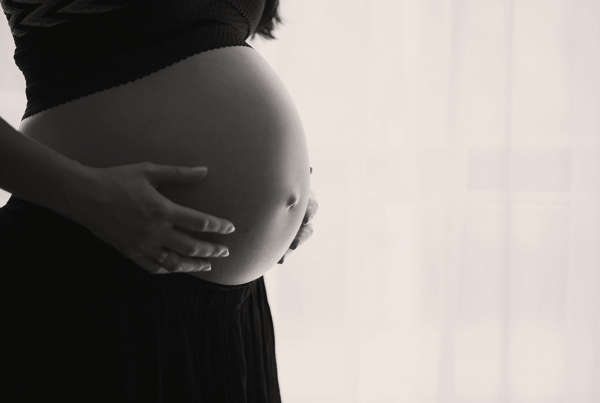 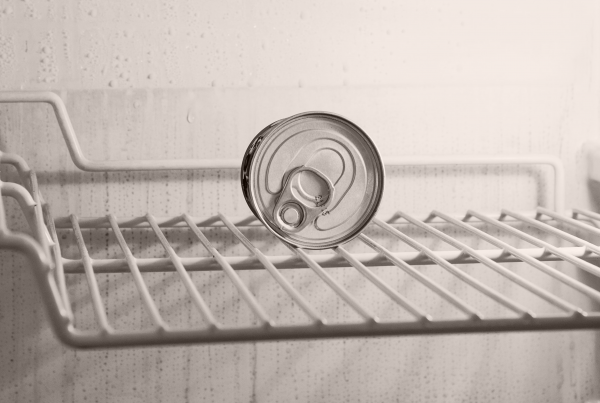 BACK OF THE LINE #1: At some point, people stop waiting 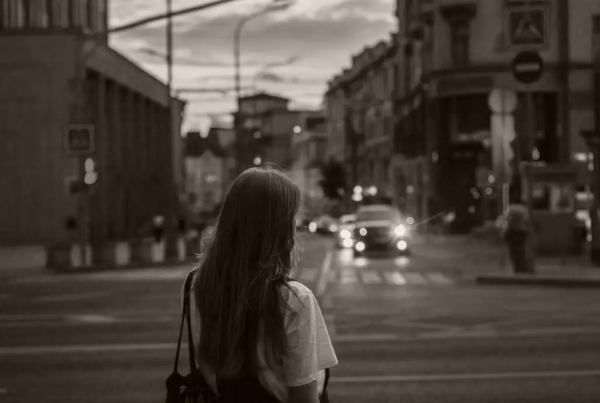 Lucky to be here: Sexism, assault and cover-ups in Irish media