Women finding light under the moon: “Humans are hardwired for connection” 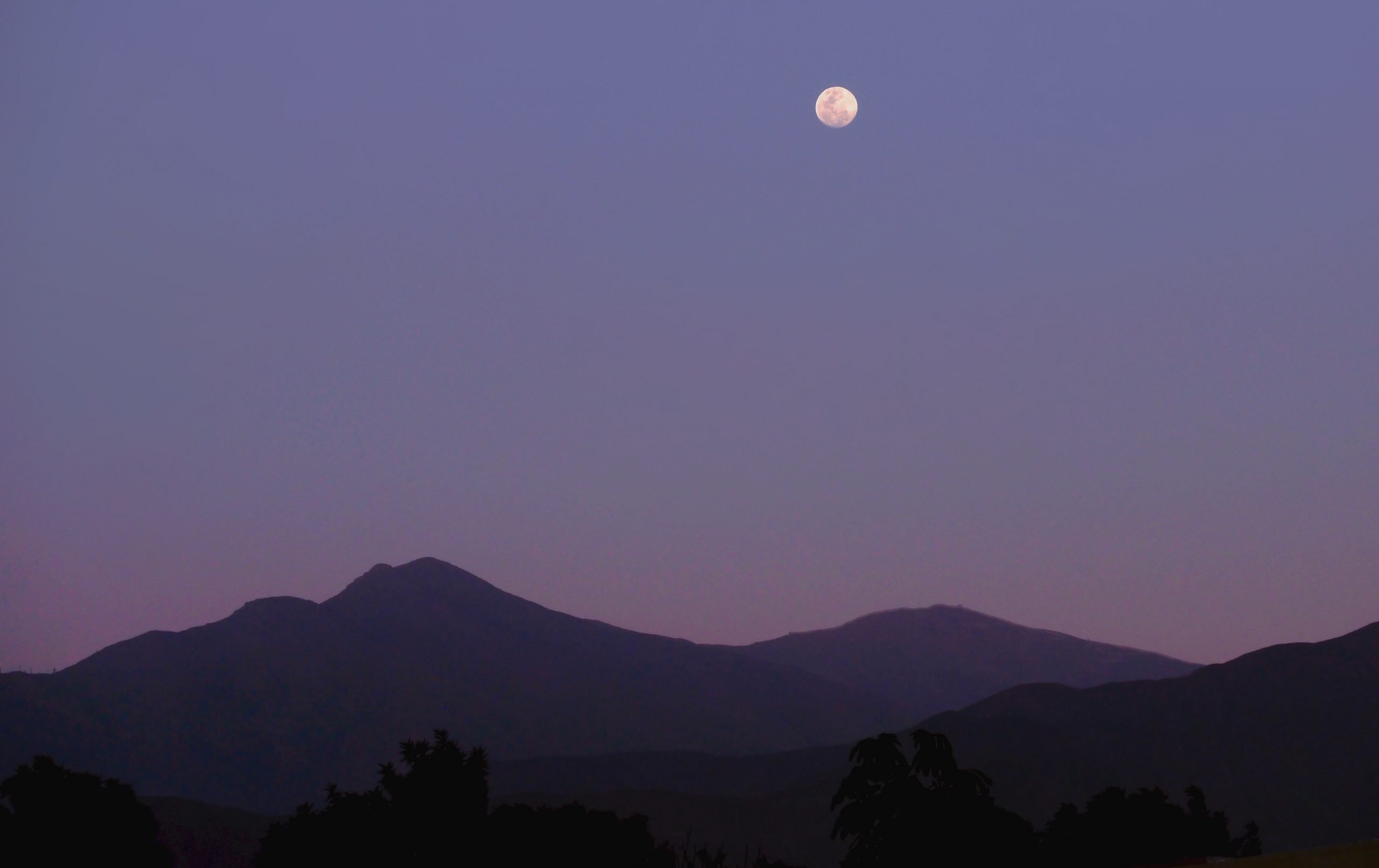 Katie Roche joins her first moon circle and discovers the appeal of tapping into the monthly cycle.

On a rainy April evening I joined my first moon circle. After creating my best temple-like atmosphere at home, I drank a Yogi tea facing 25 faces on Zoom – women from across Ireland, the US, and the UK all huddled on sofas in dimly lit rooms or perched cross legged on yoga mats. That night’s event was created by The Pink Moon Collective, with an aim of bringing women together for the new moon for a gathering based on the theme ‘I am Enough.’

From Trailblazery’s Moon Medicine Academy to Celtic lunar gatherings at Moon Mná, celestial circles have increased in popularity across Ireland over the last year, and despite pivoting online, they’re selling out in advance. With Brown Thomas now stocking Frederic Malle The Moon Hair Mist at €300, and celebrities favouring Goop’s Moon Juice Brain Dust, the lunar cycle is a big trend in wellness.

The premise of moon work, or moonology, is simple: the moon goes through eight phases, journeying from new to waxing to crescent and so on, over a period of around 29 days – just like a woman’s menstrual cycle. In fact, women are the only mammals who share the same cycle as the moon.

Born in March 2020, Eimear Rigby and Jen Murphy started The Pink Moon Collective – a monthly online gathering around the full moon, after seeing the need for a safe space for women to develop a conscious relationship with others.

“We could see the need for women to have a space where it is safe for them to share their vulnerability and to be heard – and in return, to listen deeply to other women,” says Eimear who is also a meditation teacher,  “it’s an opportunity to step outside anxiety and life stressors and together in sisterhood connect to our inner strength.”

Moon circles use moon phases as a natural check-in point to gather. The full moon mimics a time of ovulation (bright moon; peak energy time) as a chance to release and remove what no longer works for you. The new moon mimics menstruation (dark moon; low energy time) as a new cycle, a rebirth, and asking for what you want.

“Based on ancient traditions, women collectively matched the cycle of the moon, coming together in what was called a ‘red tent’ during menstruation, creating a time for reflection and being together,” explains Eimear, “It’s about honouring the cycle. Often it’s a time when we’re at our most intuitive. It’s not woo-woo, it’s called women’s empowerment.”

Today’s ‘red tents’ are inspired by ancient ritual: tradition in biblical tribes was for menstruating women to spend time resting together in a tent or space (and, back then, gathering strength in the hope of heightened fertility). Yet, the moon’s influence on women’s biology has mostly been dismissed as a myth by scientists. Period tracker app, Clue, analysed over 7.5 million menstrual cycles, and concluded periods most likely do “not sync with the lunar cycle.”

But this year a new study suggests that there is some synchrony between lunar phases and menstrual cycles, especially in ancient times, “but that our modern lifestyle, notably our increasing exposure to artificial light, has changed this relation.”

Your menstrual cycle doesn’t have to be in sync with the lunar cycle in order to benefit; it’s metaphorical. But anyone can get creative with moon charts and lunar journals as a way to bring back the sacred menstruation for the millennial age.

One Irish woman who knows a lot about female hormones is yoga teacher Lou Horgan, who runs Black MoonFeast gatherings, and has guided thousands of women through pregnancies and menstrual work. She is the influence behind a fantastic piece of artwork called Women’s Energy Cycle by Irish artist Emily Robyn Archer.

“Since time immemorial, we have associated the female menstrual cycle with the lunar cycle. The feminine principle on the planet is water. The moon controls our tides, it pulls the tide out, and it brings the tide in,” explains Lou, “The idea is that just like the oceans and the seas, we’re rhythmic, and the moon is the orchestrator of that rhythm on our planet.”

“Knowing your own body is mysterious and somewhat mystical”, explains Lou, “I would say just start paying attention to your cycle for one month. You are going to recognise a pattern, and there are also some real truths revealed to you at the same time every month, and recognising that pattern gives you a greater depth of relation to yourself.”

Here’s the thing: society has been built to work for men. Specifically, for their hormone cycle, which is a 24 hour cycle and is almost entirely governed by the ebbs and flows of their testosterone levels – which peaks in the morning, levels out in the afternoon, and lowers in the evening; the perfect workday cycle (lucky them!).

As women, we cram ourselves into 24 hours or a week but we are built to schedule our lives in a monthly rhythm.  Society loves women when they’re at their best – usually a time of ovulation, when we’re at our most energetic selves. Yet when we’re at our most vulnerable – menstruating – society teaches us to hide our feminine cycle and bare it as a burden.

The idea of moonology was captured by yoga teacher Lucy Bloom last April 12th when she posted a photo on her Instagram asking her followers: “New moon in Aries really hit hard…. anyone else?! My cycle shifted to the new moon this month. Woke up today without an ounce of motivation, so a large part of the day was spent lazing, rightly so when it’s day one.”

Lucy offers moon circles called Sisters of the Moon in a six month cycle, and you receive a monthly practice in your inbox. The circle varies but usually includes yoga, meditations, breathwork, and chakra practices.

“The Moon works in six month cycles, starting as a new moon in whichever constellation it’s moving through, then approximately 6 months later, the moon passes through this sign again as a full moon. This marks the ripening of an idea, an intention, a seed,” Lucy explains, “Nothing is more incredible than seeing the arc of your own personal journey in a ritual ceremony under Mother Luna.”

It’s not cosmic magic – she acts on it, and it’s not like “you just sit back and do nothing”. It’s the process that holds you accountable, and she adds as a disclaimer for participants: “This work is dependent on you. You get out what you put in.”

This ritual of tribe women heading off for three days to menstruate under the New Moon is fascinating. Now we live very segregated lives,” Lucy explains, “there’s no tribal element anymore. Humans are hardwired for connection – especially now in these times. This is probably having a deep effect on what we call the luteal phase of our cycle – women are feeling it stronger than ever before.”

Back on my Zoom with The Pink Moon Collective, I’ve jotted down in big writing in my journal with hearts around it: “The longest journey you can make is the 18 inches from your head to your heart.” Alongside breathwork, an Oracle card reading; and a virtual sharing circle, we close with a visualization – walking through an Irish native forest, sitting around the campfire together, and we reach out and hold hands, and give a tender squeeze, and whether it’s moon magic or oxytocin, it feels pretty good. Forget celebrity Moon Juice Brain dust, just old fashioned human connection is what we need – and that’s priceless. 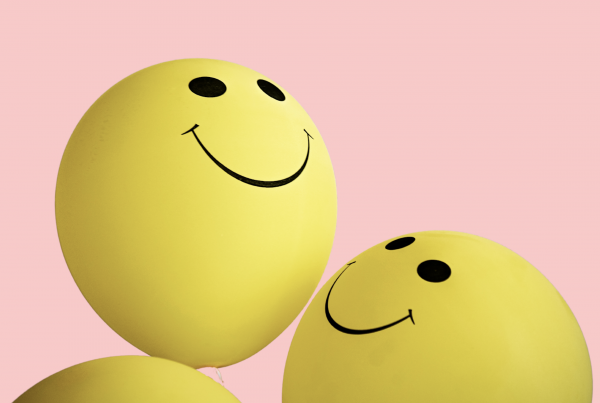 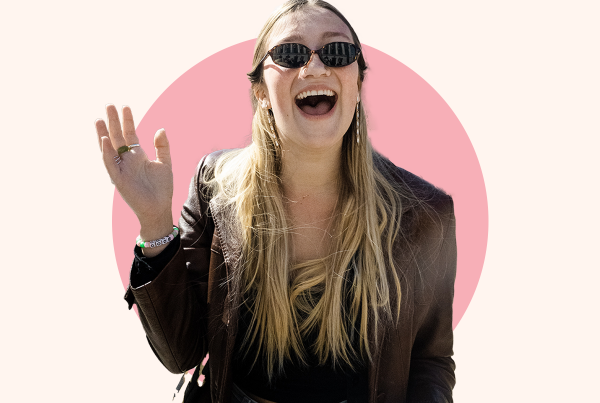 How important are our micro-friendships? 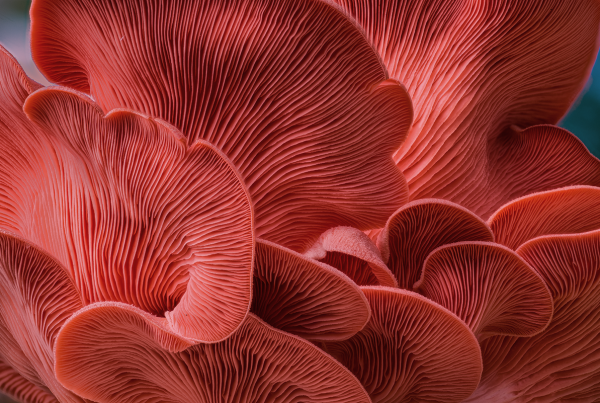 Mushrooms are literal superheroes. Yes, mushrooms. Hear me out.