EXTRACT: Where I End by Sophie White

By Rogue CollectiveOctober 15, 2022No Comments 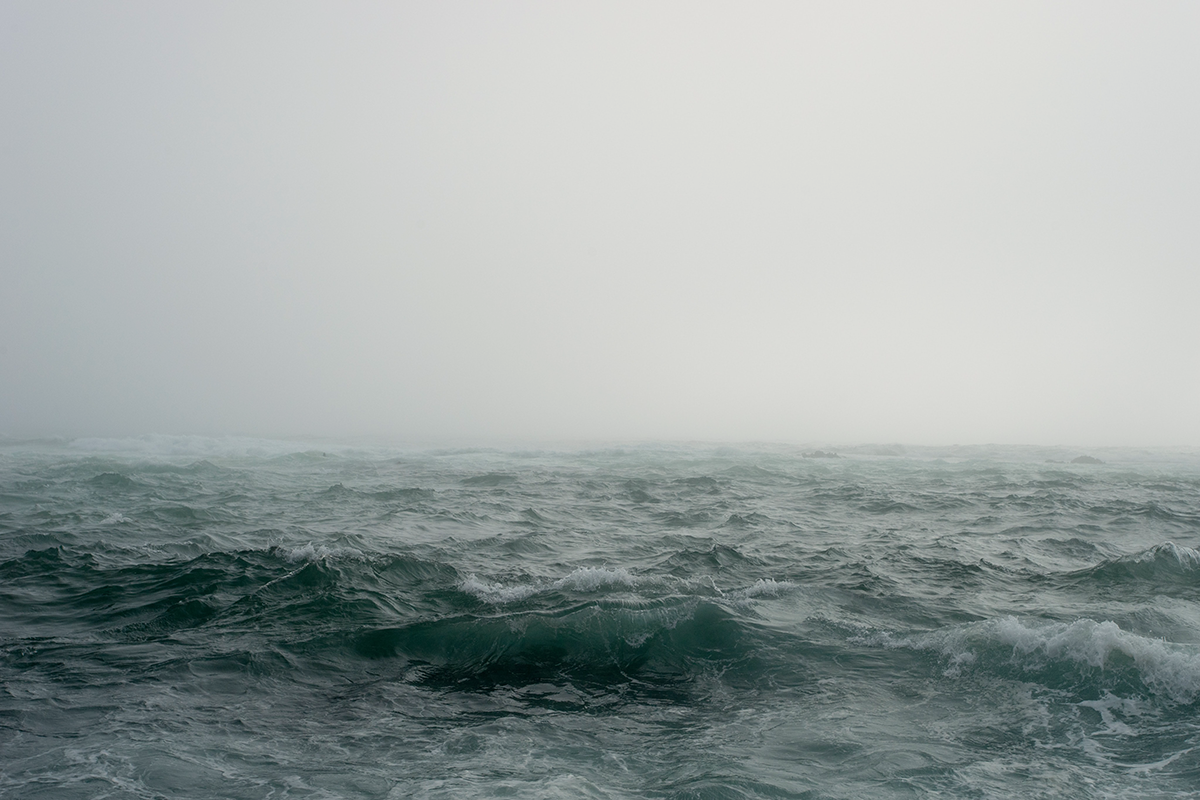 Our extract this week is from the first literary novel from author Sophie White, titled Where I End

Aoileann has never left the island. Her silent, bed-bound mother is a wreckage, the survivor of a private disaster no one will speak about. Aoileann desperately wants a family, and when Sarah and her three young children move to the island, Aoileann finds a focus for her relentless love.

At night, my mother creaks. The house creaks along with her. Through our thin shared wall, I can hear the makings of my mother gurgle through her body, just like the water in the walls of the house. I hate the sound. In the daytime, it is covered, wrapped up in the radio and the wind and the low hum of the electricity. But at night, in the silence, her insides gush and she seems alive in a way that, during daylight, she does not. The gush forces thoughts of her effluent, her needs; of the things my grandmother takes care of but that I will have to do someday soon. I don’t want to, which makes me feel bad. I hate her body – it’s an awful thing.

Sometimes in the morning we find her in places. We never see her move. We just come upon her. Maybe she is coiled on the rug in the hall. That rug leads to the old front door. The front door that is never used. Its handle was gone from before I can remember. Without the handle, it is just a smooth rectangle of wood. The door doesn’t need to be boarded up. When you reach for a handle and your hand swipes through nothing, it’s as effective as any deadbolt. Just as final. My mother, heaped before the front door that is not a door, looks like a thwarted escapee.

The island is a treasure, the brochures say. Untouched. A wild place. Unspoiled. But when you live here, which hardly anybody does, it doesn’t seem wild; it seems the very opposite. It seems resigned. The island slices up from the ocean, thrusting skyward like the prow of a sunken ship. At the high end, the island runs out at sheer cliffs. At the low end of the island is a broad sandy beach. The sand is grey, like iron filings. The wind pushes patterns across the surface and, if you sit for a while, it will stain you grey and your hair and mouth will fill with shards of the beach. I’ve been to beaches on the Mórthír and they’re not like our beach. On those beaches the sand is settled, bright and clean. It doesn’t invade. It lies docile, succumbing to the sea.

I can never decide which part of the island I hate most. The cliffs are devious, they could draw you over. The beach feels less perilous, but there’s a murky feeling in my stomach when I stand and look out from there. I think I can see the hidden part of the island, the part that is submerged. Under the water’s surface, it runs away from me, granite slabs falling back into the black. I don’t like that what I can see of the island is only a sliver of its full awful self. I don’t like that the rest of the island is lurking beneath us. On the beach, I feel like I have to keep watch. I must stay vigilant. I must keep the submerged part of the island in sight. I’m looking for danger. Just like when I was little and would slip down the hall at night to the bathroom, my back pressed to the wall so that there could be nothing unseen behind me.

On the steel beach, if I’m facing the water, the rest of the island rears up behind me, poised like a dense wave. ‘Behind you, behind you!’ like they shrieked at the play.

Dada brought me to the theatre on the Mórthír when I was little. Balding velvet seats and plastic cups of ice cream with sweet green and red gel. We went to the matinee so that he could put me back on the boat straight after. The island man on deck reluctantly said he’d mind me and make sure I got home. He spat at my feet all the way to keep me from getting too close. I got home.

The fishermen use the old dock, the Seancéibh, on the island’s south side, but the ferry lands at the new dock just down from the beach. The new dock was built in the seventies when they still thought they could save the Old Knitting Factory. The factory wallows about a mile up from this by the side of the only real road on the island. The factory is the sole two-storey structure on the island built with the same trickle of government funding that had brought electricity to the island in the fifties. The outsiders were oddly fixated on ‘preserving’ the island’s ways – the realities they clearly didn’t know the half of. The Knitting Factory was foisted on the community to, as they said, ‘create employment and protect the island’s crafting traditions and way of life’. Gobshites, my grandmother belched out roughly whenever the subject came up. The project, like the building, sagged – its stucco walls are stamped with mingy windows topped with a roof half-gnawed by the elements, giving it a defeated expression. The new dock was supposed to make transport of the famous blankets and geansaís easier. Still the factory died. Producing the island exports was too arduous to justify. No one could pay island hands enough to keep them from turning to other things. Fishing is the main work now. And passing the hours till the boats come in and the heads are counted.

If I stand on the steel-sand beach for a while, eventually an easterly wind will probably rush me back up our sawtooth island towards the high ledge where the land ends. In between is two miles of stone walls, punched into the island rock like rivets. The walls run in every direction, but there’s no pattern or logic to them. They’re built from shards of the limestone that breaks off the island, wedged upright like teeth. The walls have no cement but never topple despite the steep angle of our island or the unrelenting wind and sheet rain that bombards us.

Among the walls are houses dotted and, in one spot at the island’s halfway mark, several small buildings have clumped at the end of the island road: the pub, the shop that doubles as the post office, the church – a simple structure. Inside, the small room is scattered with fold-up chairs. The tentative priest comes from the mainland once a month to do little more than rearrange his collapsed chairs. The islanders are tolerant of him, but both sides know his visits are for box-ticking alone. The bishop dispatches him to sell their wares, but the islanders know the sea is god. They know that religion is a pathetic performance, a plea for clemency by lost people. The sea laughs at such pleading. The Seancéibh is just a little way down from here. Wherever you are on the island, the water is always close.

From the little rash of dwellings, the island starts to thrust up more steeply. The vertical rock sides of the north and south edges drip water at low tide as though, instead of the ocean only receding, the island’s underside is rising too. The long, pale grasses that reach up between the island’s cracks grow in the direction of the back of the island, as though combed through. They remind me of her hair. The back edge of the island is so high above the rest that the edge cannot be seen until you climb all the way up there. No one does though. The islanders prefer to look the other way, eastward toward the Mórthír. They prefer to pretend that the edge doesn’t exist, in case a fixation takes hold of them and they are drawn up there – it’s happened before. The last house before the edge is our house.

I don’t understand my house. It’s never been explained to me. From the outside it is backwards. Circle it and you’ll see. It once faced the rest of the island. At some point, the front door and front windows looked down at the walls and the far beach, at the Seancéibh and our neighbours. Faint traces of old decoration can be found. The relic of a hanging basket sways up to the right of where the door was. A barrel to the left held plants. Now the hollow of the flaking door frame and the squares of the windows are stacked with the same blades of serrated limestone that make up the island walls. They are pressed and slotted in so tightly that the work of forcing each fragment into place must’ve been gruelling. Who did it? Did their hands bloody and bruise at the task? The gaze of the house is now unnerving. It has been gagged, the eyes and mouth stuffed shut with the stacked splintered rock. The straight- edged lines are steely stitches that have sewn our house closed. Inside is worse. 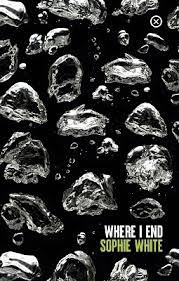 A horror story about
being bound by the blood
knot of family, Ringu meets
‘Enduring Love’ in Sophie
White’s thrilling new novel,
Where I End, available now here. 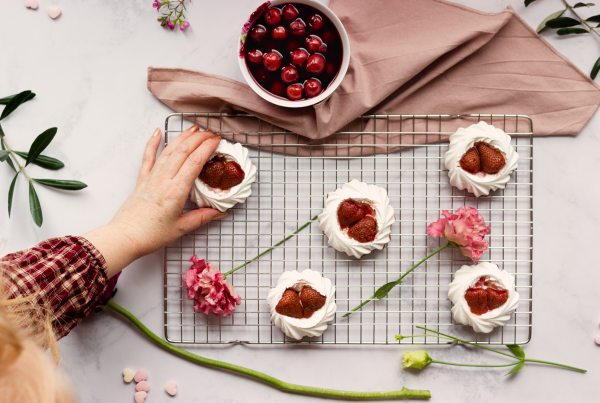 EXTRACT: Sweet Therapy – The joy of baking by Una Leonard 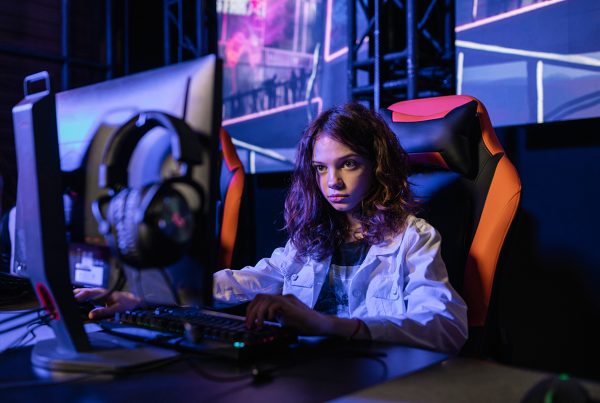 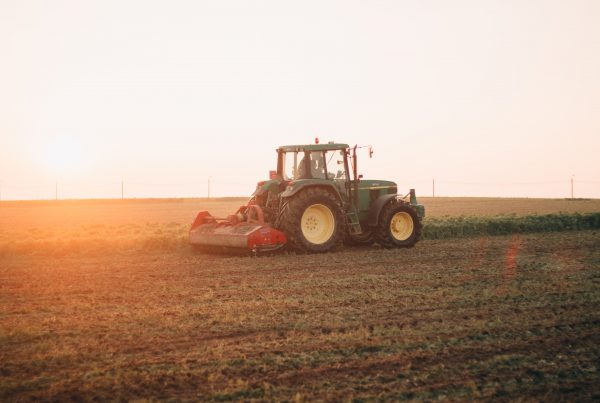 THE EXTRACT: Courting by Liadán Hynes