By Rogue CollectiveFebruary 6, 2021No Comments 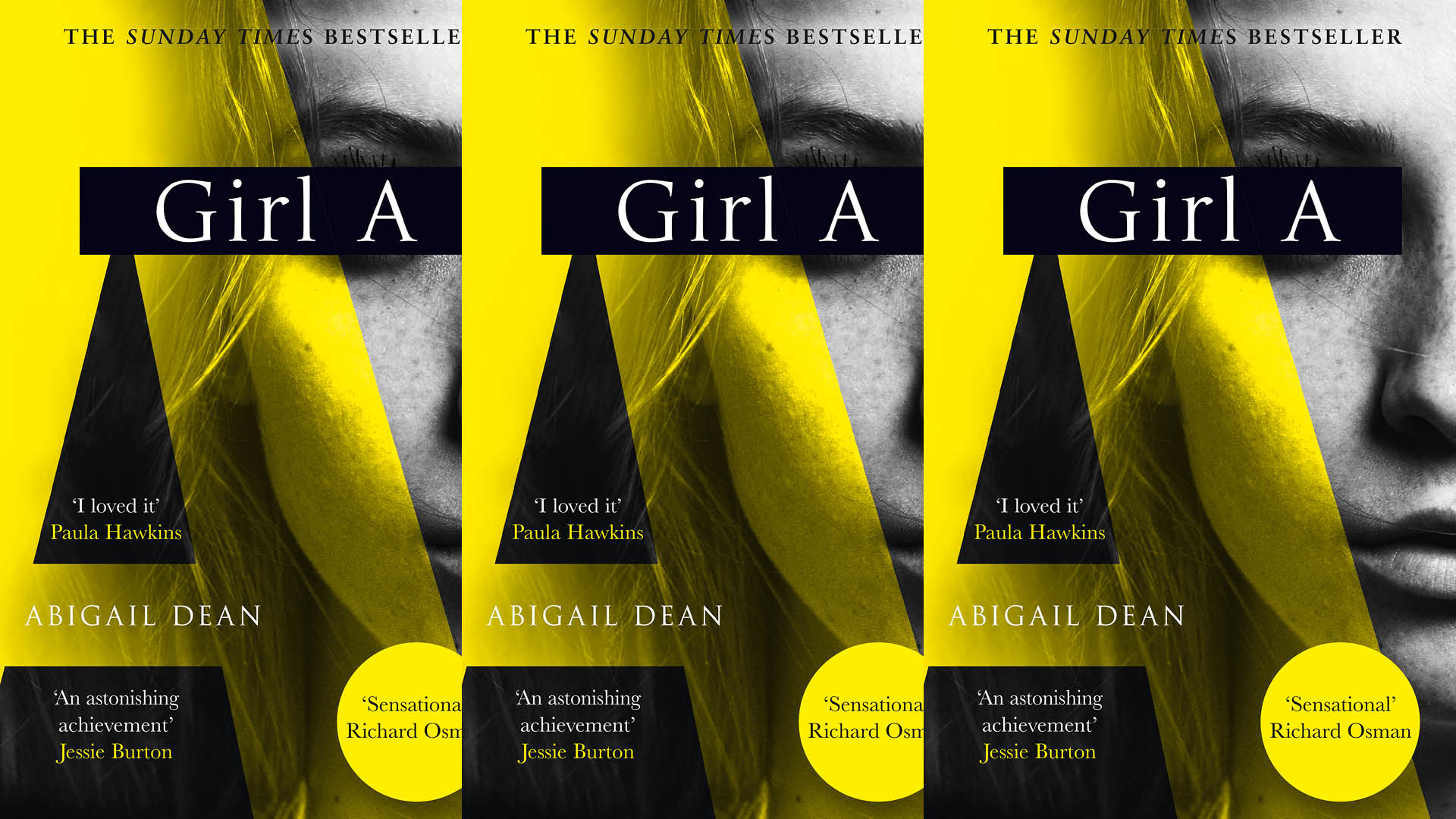 This week, an extract from the brilliant Girl A by Abigail Dean, which Richard Osman called ‘sensational’…

This week, an extract from the brilliant Girl A by Abigail Dean, which Richard Osman called 'sensational'...

You don’t know me, but you’ll have seen my face. In the earlier pictures, they bludgeoned our features with pixels, right down to our waists; even our hair was too distinctive to disclose. But the story and its protectors grew weary, and in the danker corners of the Internet we became easy to find. The favoured photograph was taken in front of the house on Moor Woods Road, late on a September evening. We filed out and . . .

rogue is a co-created space for media, art and thought. We’d love you to join us.

You don’t know me, but you’ll have seen my face. In the earlier pictures, they bludgeoned our features with pixels, right down to our waists; even our hair was too distinctive to disclose. But the story and its protectors grew weary, and in the danker corners of the Internet we became easy to find. The favoured photograph was taken in front of the house on Moor Woods Road, late on a September evening. We filed out and lined up, six of us in height order and Noah in Ethan’s arms, while Father arranged the composition.

Little white wraiths squirming in the shock of sunshine. Behind us, the house rested in the last of the day’s light, shadows spreading from the windows and the door. We were still and looking at the camera. It should have been perfect. But just before Father pressed the button, Evie squeezed my hand and turned her face up towards me; in the photograph, she is just about to speak, and my smile is starting to curl. I don’t remember what she said, but I’m quite sure that we paid for it, later. I arrived at the prison in the mid-afternoon. On the drive I had been listening to an old playlist made by JP, Have a Great Day, and without the music and the engine, the car was abruptly quiet.

I opened the door. Traffic was building on the motorway, the noise of it like the ocean. The prison had released a short statement confirming Mother’s death. I read the articles online the evening before, which were perfunctory, and which all concluded with a variation of the same happy ending. The Gracie children, some of whom have waived their anonymity, are believed to be well. I sat in a towel on the hotel bed, surrounded by room service, laughing. At breakfast, there was a stack of local newspapers next to the coffee; Mother was on the front page, underneath an article about a stabbing at Wimpy Burger. A quiet day. My room included a hot buffet, and I kept eating right up until the end, when the waitress told me that the kitchen had to begin preparing for lunch.

‘People stop for lunch?’ I asked. ‘You’d be surprised,’ she said. She looked apologetic. ‘It isn’t included with the room, though.’ ‘That’s OK,’ I said. ‘Thanks. That was really good.’ When I started work, my mentor, Julia Devlin, told me that the time would come when I would tire of free food and free alcohol; when my fascination with platters of immaculate canapés would wane; when I would no longer set my alarm to get to a hotel breakfast. Devlin was right about a lot of things, but not about this. I had never been to the prison before, but it wasn’t so different from what I had imagined. Beyond the car park were white walls, crowned with barbed wire, like a challenge from a fairy tale.

Behind that, four towers presided over a concrete moat, with a grey fort at its centre. Mother’s little life. I had parked too far away, and had to walk across a sea of empty spaces, following the thick white lines where I could. There was only one other vehicle in the car park, and inside it there was an old woman, clutching the wheel. When she saw me she raised her hand, as if we might know each other, and I waved back. Underfoot, the tarmac was starting to stick. By the time I reached the entrance I could feel sweat in my bra and in the hair at the back of my neck.

My summer clothes were in a wardrobe in New York. I had remembered English summers as timid, and every time I stepped outside I was surprised by bold blue sky. I had spent some time that morning thinking about what to wear, stuck half-dressed in the wardrobe mirror; there really wasn’t an outfit for every occasion, after all. I had settled on white shirt, loose jeans, shop-clean trainers, obnoxious sunglasses. Is it too jovial? I asked Olivia, sending a picture by text, but she was in Italy, at a wedding on the walls of Volterra, and she didn’t reply. There was a receptionist, just like in any other office.

‘Do you have an appointment?’ she asked. ‘Yes,’ I said. ‘With the warden.’ ‘With the director?’ ‘Sure. With the director.’ ‘Are you Alexandra?’ ‘That’s me.’ The warden had agreed to meet me in the entrance hall. ‘There’s a reduced staff on Saturday afternoons,’ she had said. ‘And no visitors after three p.m. It should be quiet for you.’ ‘I’d like that,’ I said. ‘Thanks.’ ‘I shouldn’t say this,’ she said, ‘but it would be the time for the great escape.’ Now she came down the corridor, filling it. I had read about her online. She was the first female warden of a high- security facility in the country, and she had given a few interviews after her appointment.

She had wanted to be a police officer at a time when height restrictions were still in force, and she was two inches under. She had discovered that she was still tall enough to be a prison officer, which was illogical, but OK with her. She wore an electric blue suit – I recognized it from the pictures accompanying the interviews – and strange, dainty shoes, as if somebody had told her they might soften her impression. She believed – absolutely – in the power of rehabilitation. She looked more tired than in her photographs. ‘Alexandra,’ she said, and shook my hand. ‘I’m so sorry for your loss.’ ‘I’m not,’ I said. ‘So don’t worry about it.’ She gestured back from where she had come. ‘I’m just by the visitors’ centre,’ she said. ‘Please.’ The corridor was a tepid yellow, scuffed at the baseboards and decorated with shrivelled posters about pregnancy and meditation.

At the end there was a scanner, and a conveyor belt for your belongings. Steel lockers to the ceiling. ‘Formalities,’ she said. ‘At least it’s not busy.’ ‘Like an airport,’ I said. I thought of the service in New York, two days before: my laptop and phones in a grey tray, and the neat, transparent bag of make-up which I set beside them. There were special lanes for frequent flyers, and I never had to queue. ‘Just like that,’ she said. ‘Yes.’ She unloaded her pockets onto the conveyor belt and passed through the scanner. She carried a security pass, a pink fan, and a children’s sunscreen. ‘A whole family of redheads,’ she said. ‘We’re not built for days like this.’ In her pass photograph she looked like a teenager, eager to begin the first day of work. My pockets were empty; I followed her straight through. Inside, too, there was no one around. 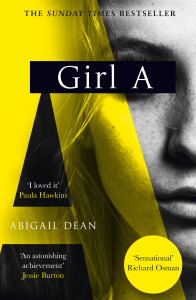 Girl A by Abigail Dean is
published by Harper Collins
Ireland and is available to
buy now. 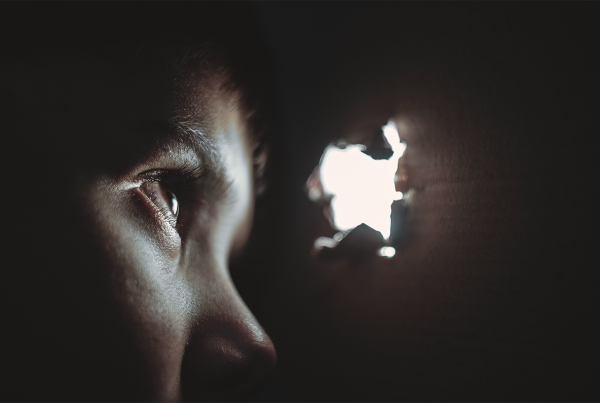 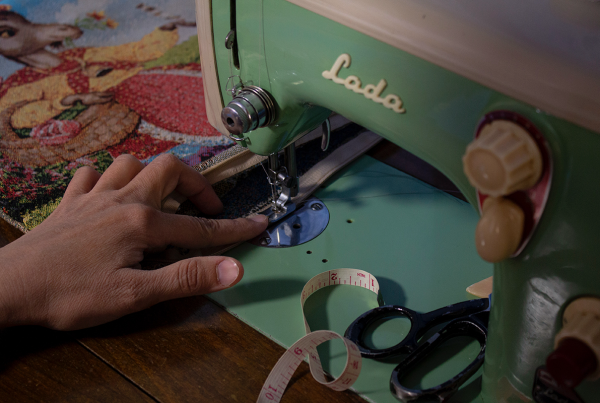 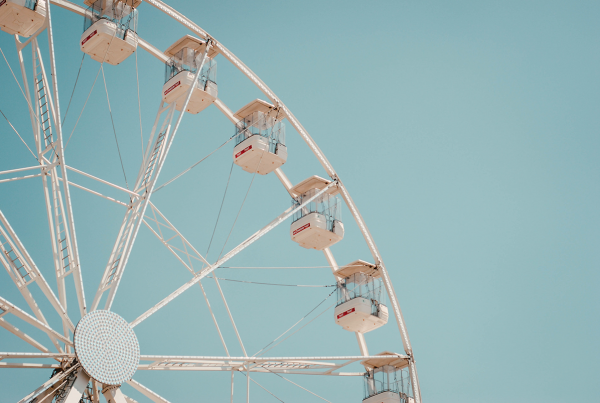