Reimagining self care in a pandemic: Switch-off (sometimes) & stay in your lane

By Rogue CollectiveMarch 6, 2021No Comments 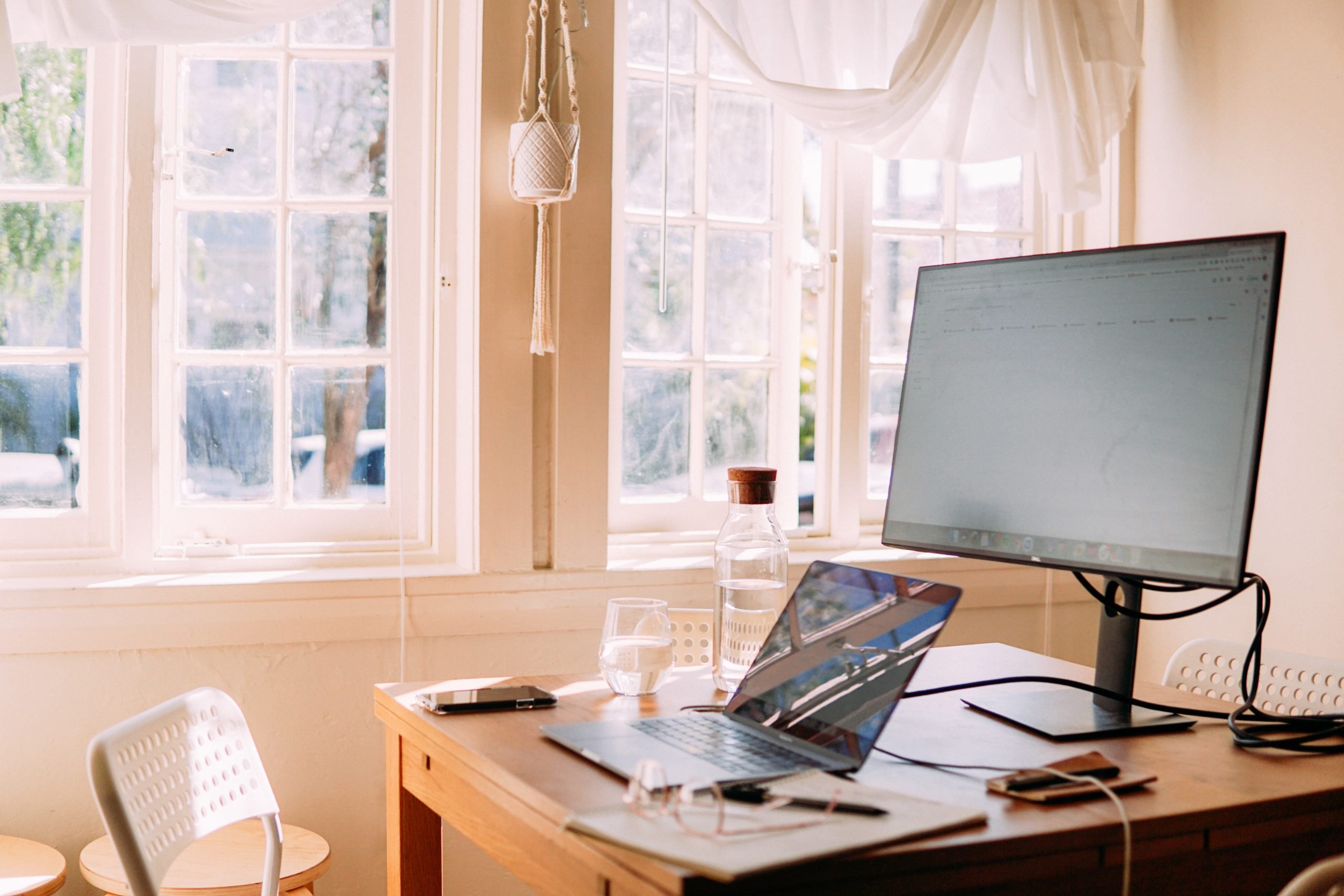 Adulting is a wild ride and writer Chiamaka Enyi-Amadi has enough baggage to last a lifetime. In Emotional Baggage, her new monthly opinion column for rogue, she will write about work, money, health, identity, relationships, art, literature and pop culture from the morally dubious lens of an egotistical, deeply irrational and insecure GEN Zer.

Writer, editor, performer and arts facilitator, Chiamaka Enyi-Amadi on navigating internet-induced misery, being offline-ish, and airing out her inner hater…

In June of last year, rogue reached out to me asking if I’d be interested in writing for the magazine. I was keen to contribute to the female-led platform; we settled on the topic of burnout in the arts. Despite having personal experience of burnout, when I faced the task I found it difficult to write with honesty.

Sure, there’s lots I can say about how frustrating it is to work in the arts industry in Ireland: financial instability due to unpaid internships and sparse entry-level roles in arts’ organisations, and poor remuneration for artists is still a huge problem. But something else was weighing on my mind.

At that time, I felt I’d hit rock-bottom (in hindsight it wasn’t rock-bottom, things could have been much worse). The truth is I was drowning in envy. The green-eyed monster had got its grimy grips on me, feeding on my flesh; filling my mind with fantasies of starting internet feuds and ruining real lives – just for fun.

I remember March 2020 like it was just yesterday. I was in a bad place and had withdrawn from society – quite literally. I withdrew from my masters in January, was let-go from one of two jobs in February, then was furloughed from my second job in March. All my creative work; including panels and performances in Poland and Los Angeles which I was extremely excited about, fell through due to the global pandemic. On top of that, I was riddled with worry about my parents who were both health-care workers at the time, working in nursing homes with rising cases of COVID-19.

The pandemic illustrates once and for all that health is a luxury not everyone can afford. Our population swiftly splitting into those who could afford to retreat to the countryside: idyllic summer houses with outdoor space and access to the natural environment; those who could work remotely; the less privileged who lost their means of livelihood, and those who have to go out and keep our essential services running; risking their health to keep the country afloat. There I was, unemployed, safely tucked away in a charming seaside South-Dublin suburb. My worry turned to guilt; guilt turned to anger; and soon, somehow, anger turned to spite.

Contrary to the bliss lifestyle evoked by my Instagram posts, I spent most of my early lockdown days eating cold oatmeal sprinkled with soggy strawberries; watching Y2K aesthetic vlogs like my life depended on it; mindlessly scrolling through social media, and sobbing silently in bed 24/7. I couldn’t escape the internet-induced misery, even my dreams involved a haphazardly choreographed cast of strangers from random parts of the web.

By June, I was deep in the throes of a social media addiction but worse than the enthralling void of the internet was the overwhelming emptiness of life around me when I managed to put down my phone, for a few minutes, to take a shower maybe once a week. I was what writer and “poet laureate of Twitter” Patricia Lockwood termed “extremely online” in an interview with David Wallace for The New Yorker Magazine where Lockwood explained: “if, when you’re lying down at night, a bubble seems to open, just off to the side of your left temple, where the discourse continues even as you sleep, then you’re extremely online. And, if, in the mornings, you feel a physical lurch toward your phone to pick up the conversation again and continue yourself in it, then you’re probably extremely online.”

Unsurprisingly, as the months dragged by and spring turned to summer, I quickly developed a terrible pattern of compulsively checking in on my friends, acquaintances and total strangers’ IG profiles (yes I internet stalked you, sue me. *KMT*), and curling up and dying whenever any of them would post an exciting career update, like an art commission, new publication, project funding or major brand partnership. Instead of delighting in their wins, I just felt sick to my stomach.

A quick Google search offered a simple explanation for my malaise via an article by Psychology Today on a psychological concept called “social comparison theory”. Which is “the idea that individuals determine their own social and personal worth based on how they stack up against others. The theory was developed in 1954 by psychologist Leon Festinger. Later research has shown that people who regularly compare themselves to others experience feelings of deep dissatisfaction, guilt, or remorse, and engage in destructive behaviors like lying or disordered eating.” While I understand Festinger’s theory intellectually, I was in perpetual judgement mode and could not deactivate.

Maybe you too are caught in the slump of negative social comparison, bemoaning the successes of your peers; feeling compelled to profusely congratulate them in the comments sections on Instagram or Twitter (or whatever other social media platform people gather in groups to gloat on); while undermining them in the privacy of your own sinfully embittered mind. There’s a word for this type of person: a hater. Someone who, according to the Urban Dictionary, “simply cannot be happy for another person’s success. So rather than be happy they make a point of exposing a flaw in that person.”

Culturally, Irish people are known to carry a big red sack of begrudgery and jealousy on their backs, like a shite Santa; ready at any time to dish out passive-aggressive insults to anyone bold enough to, god-forbid, take themselves a tad too seriously. Or maybe the time has passed where “having ‘notions’ is quite possibly the most shameful thing a person can possess”. Maybe the “tall poppy syndrome” has vanished from our social consciousness. Maybe it has taken a global pandemic to propel us into a new era where a go-getter attitude, spark of talent, ruthless ambition and big-time success is met with a slap on the back instead of a kick in the arse.

One of my favourite creators, Lucy Moon, recently spoke about her experience of online abuse which she theorised stems from internalised misogyny. The English Youtuber said “society has made it acceptable for women to support other young female creatives when they’re underdogs” she continues “as soon as they are seen as successful and their online presence is booming and thriving, to turn against them and seek to diminish their success, and undermine their effort by holding them to impossible moral and artistic standards”. Internalised misogyny is the opposite of feminism; women scrutinising every aspect of other women’s public aesthetics to catch them off guard and drown them in “an online tsunami of rage”.

It’s one thing to enjoy a dose of schadenfreude once in a while. Historically, delighting in the misfortune of others – especially towards those who are in positions of power like politicians or celebrities has been an acceptable pastime. Even the existentialist philosopher Friedrich Nietzsche gave his own take on the pleasure of cruelty in his 1887 polemic On the Genealogy of Morality: “To see others suffer does one good, to make others suffer even more: this is a hard saying but an ancient, mighty, human, all-too-human principle”. Moreover, wishing misfortune on collective members of one’s peer group or directly orchestrating the downfall of one’s friends and foes is far more sinister and fascinating territory. I’ve fallen down the rabbit hole of endless Reddit threads teeming with people who treat ruining strangers’ reputations online as full-time jobs.

Luckily, my compulsive social media scrolling and eye-rolling haven’t turned into internet trolling yet – there’s still time. I can’t say for sure that being “extremely online” has made me a miserable person but how else would I have found out about the influencer exodus to Dubai?  Perhaps being in lockdown for almost a year, deprived of my Thursday treat of tacos and tequila in Temple Bar, is the real origin of my neurosis. Or perhaps I was always like this but the trauma of the pandemic has given me way too much time with my own troubling thoughts. Nonetheless, I can’t be the only one who wakes up and chooses violence – metaphorically speaking.

Like most people, my social profile is a neatly curated version of a messy offline life. So if you’re reading this, you now know something I’ve been too ashamed to confess – I’m a recovering hater. I’ve said it aloud, it felt good though I sounded slightly ridiculous. I’ve accepted that my trigger is social media; I didn’t need to see nearly 400 people who’d been on holiday in January doing the walk of shame through Dublin airport.

While their actions are deplorable, I can’t help but think that despite the backlash, they got to have their cake and eat it too. And who wouldn’t like a slice of holiday cake right now? I’ve tried most of the self-care tips and tricks to alleviate my chronic case of digitally induced jealousy: yoga, meditation, afternoon naps, nature walks, face-masks e.t.c. Nothing worked. My only chance of respite so far has been a simple switch-off. I’ve gone offline-ish.

It’s not a big deal. It’s not micro-dosing or ice-cold showers. It’s not even a complete digital detox: I just deleted all social media apps off my phone, turned off push notifications and only check my social feeds from my laptop. Finally, I’ve also returned to some of the highlights of the curriculum of my undergrad philosophy course. In particular, I meditate daily on the guiding phrase: “one must cultivate one’s own garden” translated from the French satirical novel Candide – or Optimism (1759) by philosopher Voltaire. I take it as a highly stylised way of saying focus on your own life. This recovering hater is committed to staying in her own lane and staying in her own home for the foreseeable future.

Photo by Elle Hughes from Pexels 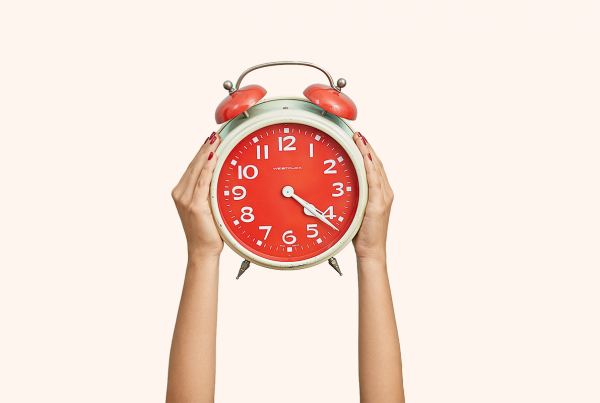 I was wrong about… time 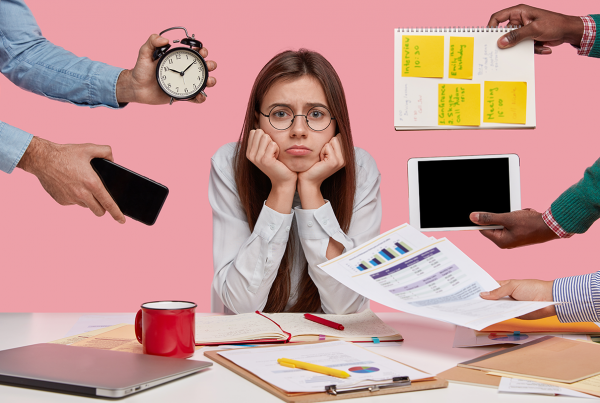 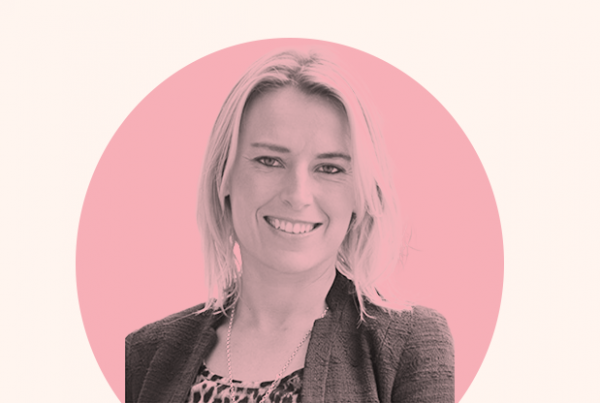 ‘This is not a crime podcast’: Senator Lynn Ruane on her new podcast